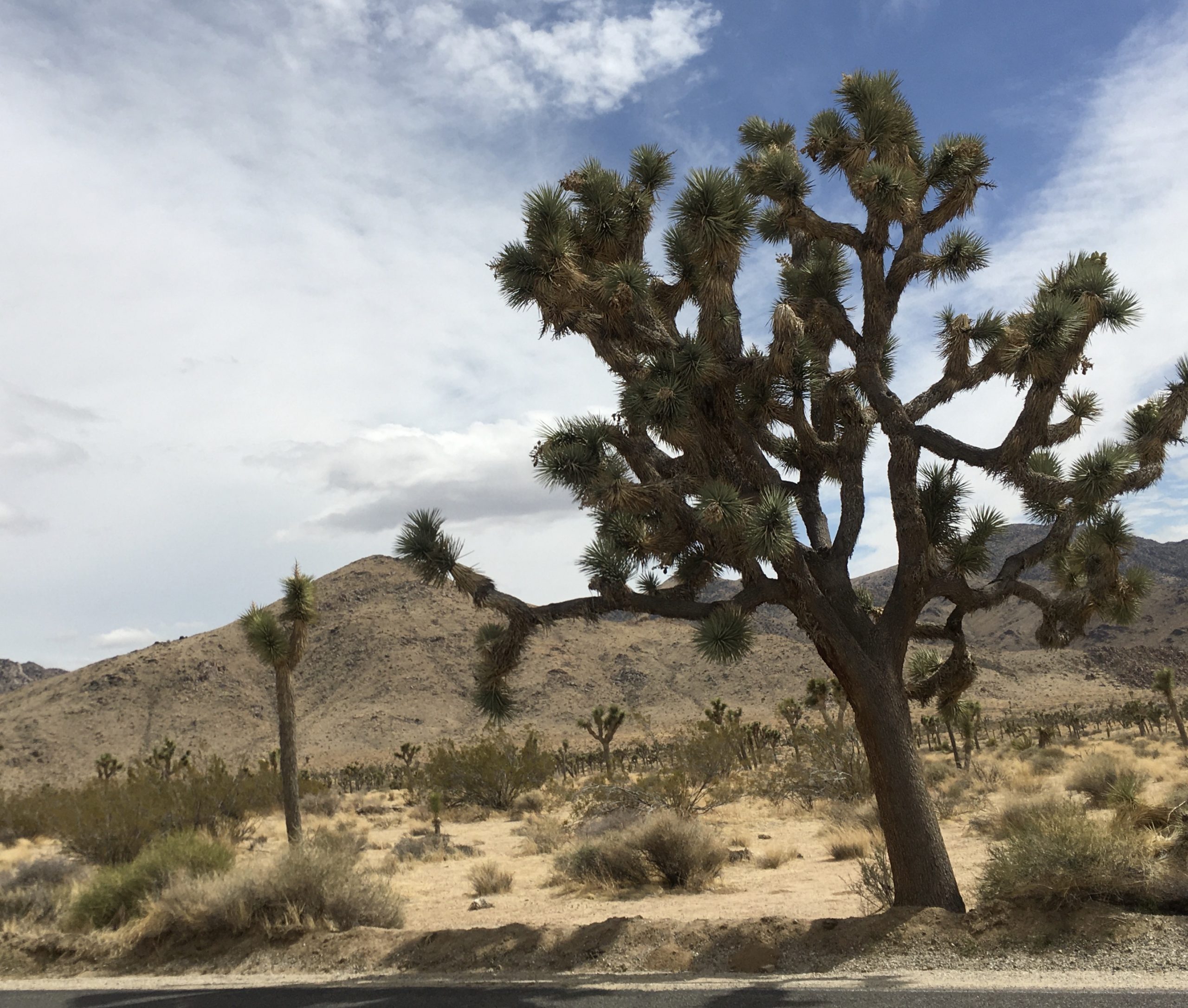 The last time I was in the unique high desert of Joshua Tree, in southern California, I was 40 years younger. I was still a New Yorker who couldn’t quite grasp the realities of a desert, especially one as unusual as this one.

Joshua trees defy description. If you stretch your imagination, they do resemble a man standing in the desert, arms up-stretched in prayer — like Joshua, the man they were named after by the first Europeans to come this way.

They’re not trees, though. For many decades, botanists and scientists thought them to be most closely related to the lily. Maybe harder to imagine than their eponymous namesake. But more recently, they’ve changed their minds, according to my botanist-to-be daughter, and now believe that Joshua trees share even more similarities with the asparagus.

Even harder to imagine.

So many differences in 40 years! Joshua Tree was a relatively unknown National Monument, then; now it’s a National Park, an international destination. I was a newlywed, a city girl from New York transplanted to southern California. I still thought of ‘desert’ as sand dunes, Sahara-style. I had never heard of climbing as a sport.

My husband and I camped there often, nestled among the jumbo rocks, hiked, listened to the coyotes. At night we lay, amazed, under billions of stars we never saw elsewhere.

Last week was a climbing trip as well as a trip back in time. Jumbo Rocks campground is still as impossible and as impressive as it was to that 40-years-younger, ignorant me. I hope you all get to see it, and camp there, someday!

Now I know about climbing, thanks to my son, and there are signs everywhere telling you how to access the climbing areas. We never saw a climber, or a sign, 40 years ago.

I was one of them, this time. The rock is different from my ‘home’ rocks of slick, pure granite in the Sierra Nevada. Here, in J-Tree, when you plant your rubber-clad foot on a vertical wall, it stays planted. Rough, jagged, sometimes just crystalline enough to pinch or grab or step up on. Encouraging.

As encouraging as traveling through time. Unlike my husband, whose time-travel ended in 2004, I’ve been privileged to grow old. At 66, I was the oldest woman to scale El Capitan. Last week, at 69, I climbed many formations in J-Tree that I’d never heard of 40 years ago.

And if life allows, this September on the day I turn 70 I’ll lift my glass on the summit of El Cap again.