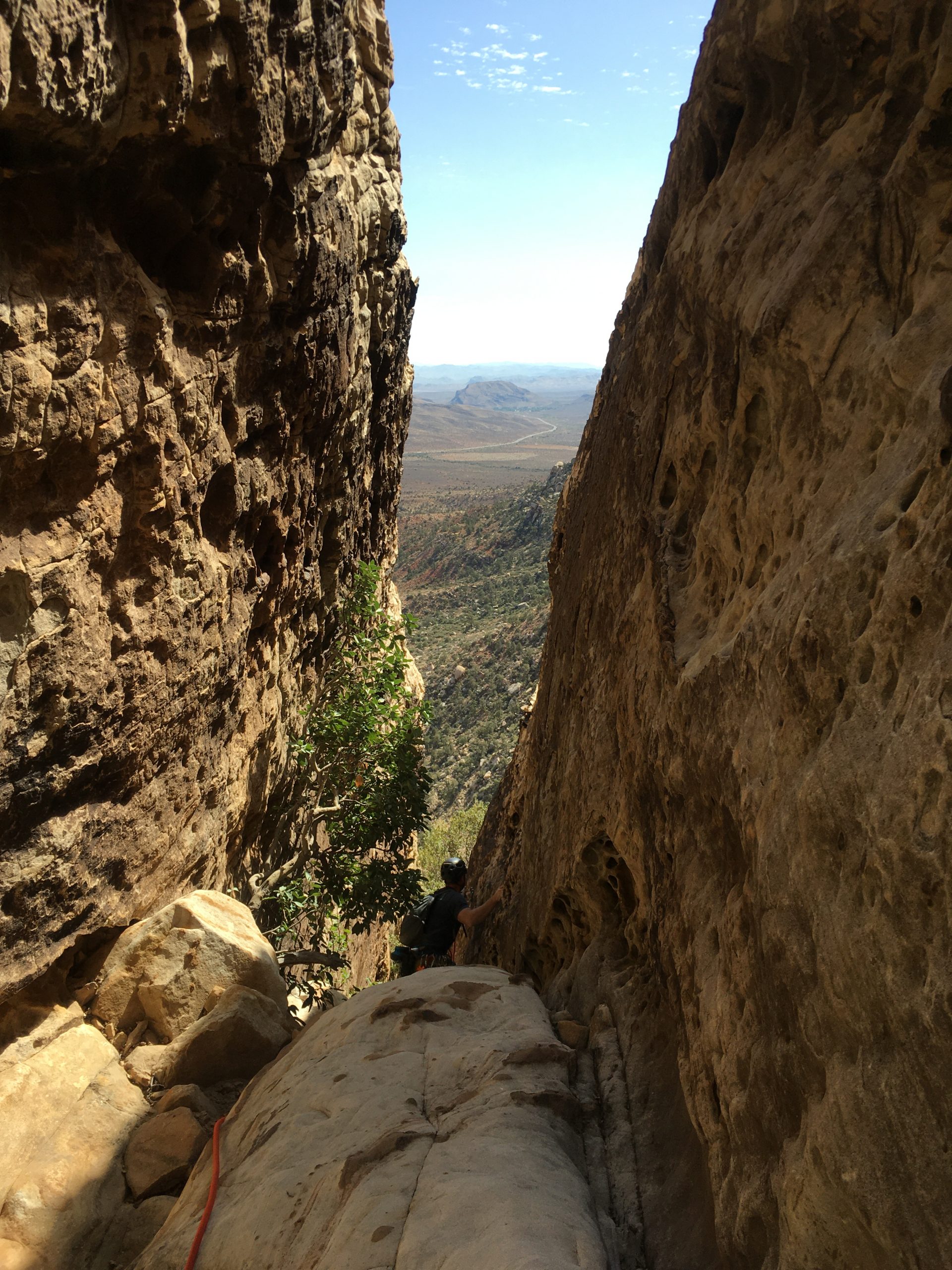 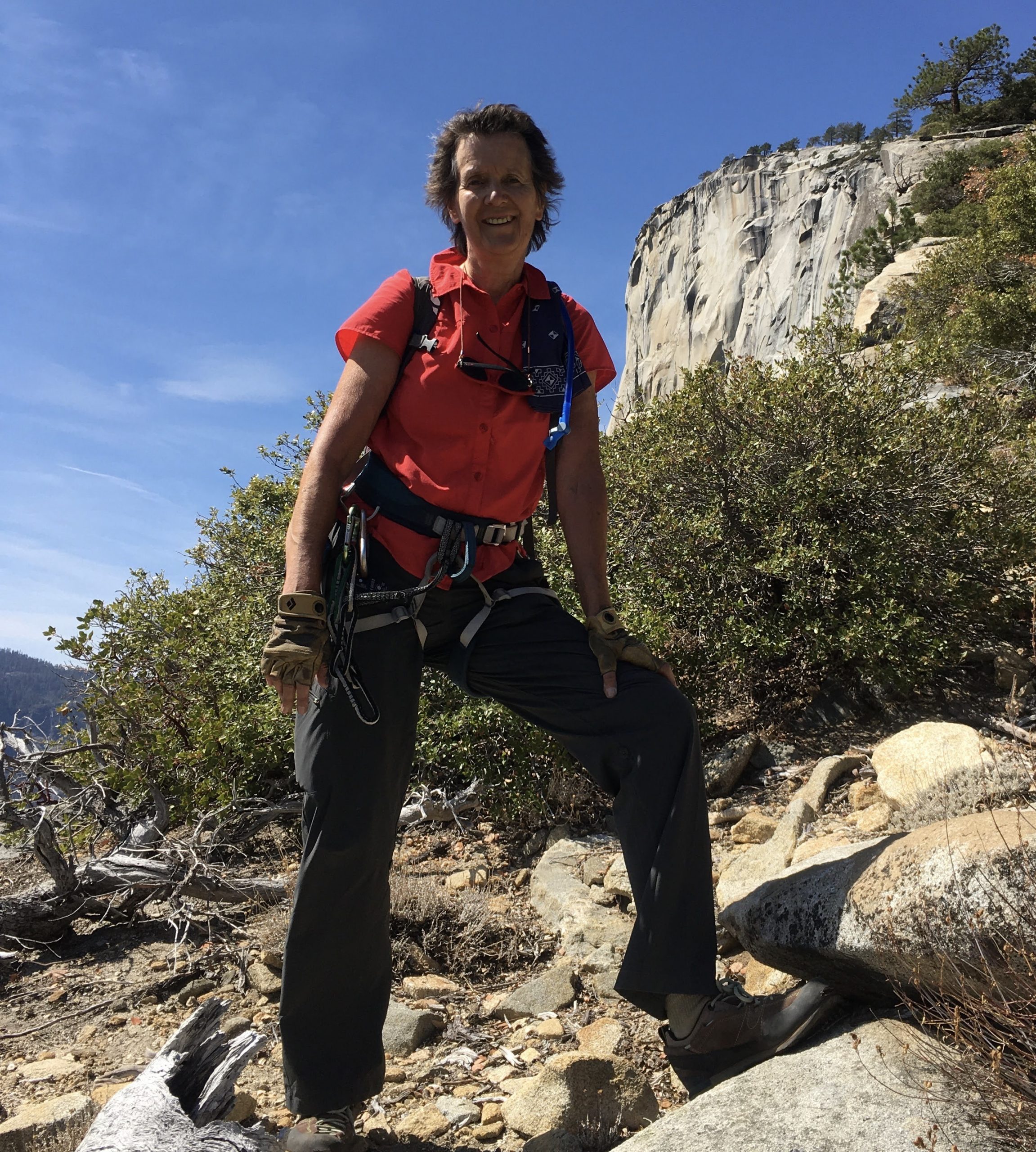 Sometimes words fail, even for a writer. Or the right ones just don’t exist, or can’t measure up.

It’s impossible to measure up to an ocean of granite like El Capitan, Yosemite’s 3,200-ft vertical wall. When I decided to celebrate my 70th birthday on its summit, many months ago, I was ignorant — as I had been, 4 years ago, when I decided to follow my son, Alex Honnold, up a route called Lurking Fear, on El Capitan’s west face. Ignorance can be bliss. Or it can be murder.

Alex didn’t think I could do it… But that night, at 2am, after 13 hours up and 6 down, I became the oldest woman to climb El Capitan.

This year, on September 23, 10 friends and I set out in the dark, at 6am, to climb it again. This time, we went up the Descent Route, the way all El Cap climbers come down from the summit. The first 1/3 requires gnarly hiking through woods — about 2 hrs, for me — which for some of us (oldsters) meant 4-point travel, grabbing small trees and edges of boulders or whatever else helped. Over talus, and scree, over a riverbed filled with boulders.

On the next 1/3 of the wall, you travel up 4 fixed lines, ropes that are anchored top and bottom to bolts in the wall. Jumars, or ascenders, are metal handles with teeth that grip the rope, sliding upwards only. They attach to your harness and your feet, and you push them up, stand up, right side, then left side, laddering your way up the rope. Then you do it again. And again. Only your core strength keeps you vertical as you ascend. (That wore out fast!)

The last 1/3 of the wall gave me pause, both in 2017 with Alex, and this time, for my 70th. That first time, I had never seen the summit. Nightmares of the descent woke me for weeks — months — and when we finally did it, it was after midnight on a moonless night. I saw only a tiny cone of light from my headlamp. This time, it would be daylight.

The granite slabs that lead you up that last third stretch for what seems like miles. Impossible to protect with rope or any other way. Just walk steeply uphill, endlessly, grabbing whatever tiny edges you can find. But my foot no longer works the way it should (from a botched surgery), and the toes can’t grip. My head, though, was the worst offender. My writer’s imagination could see exactly what would happen if I stumbled…I’d roll down slab after slab, breaking parts of me at every bump of rock, until I reached the edge. Then I’d sail out over the Valley to plummet down 3,200 feet to the Valley floor.

Impossible to erase that image, once the imagination takes hold.

Such a powerful image needs time to settle into the brain…just as I need time to wrestle with the remainder of my story. Climbing El Cap at 70 takes its toll, physically, mentally, emotionally. I’m not ‘down’ yet. Not sure I ever will be, completely.

And be sure to send me whatever questions you have about the whole vertical trip. I’ll answer them if I can.