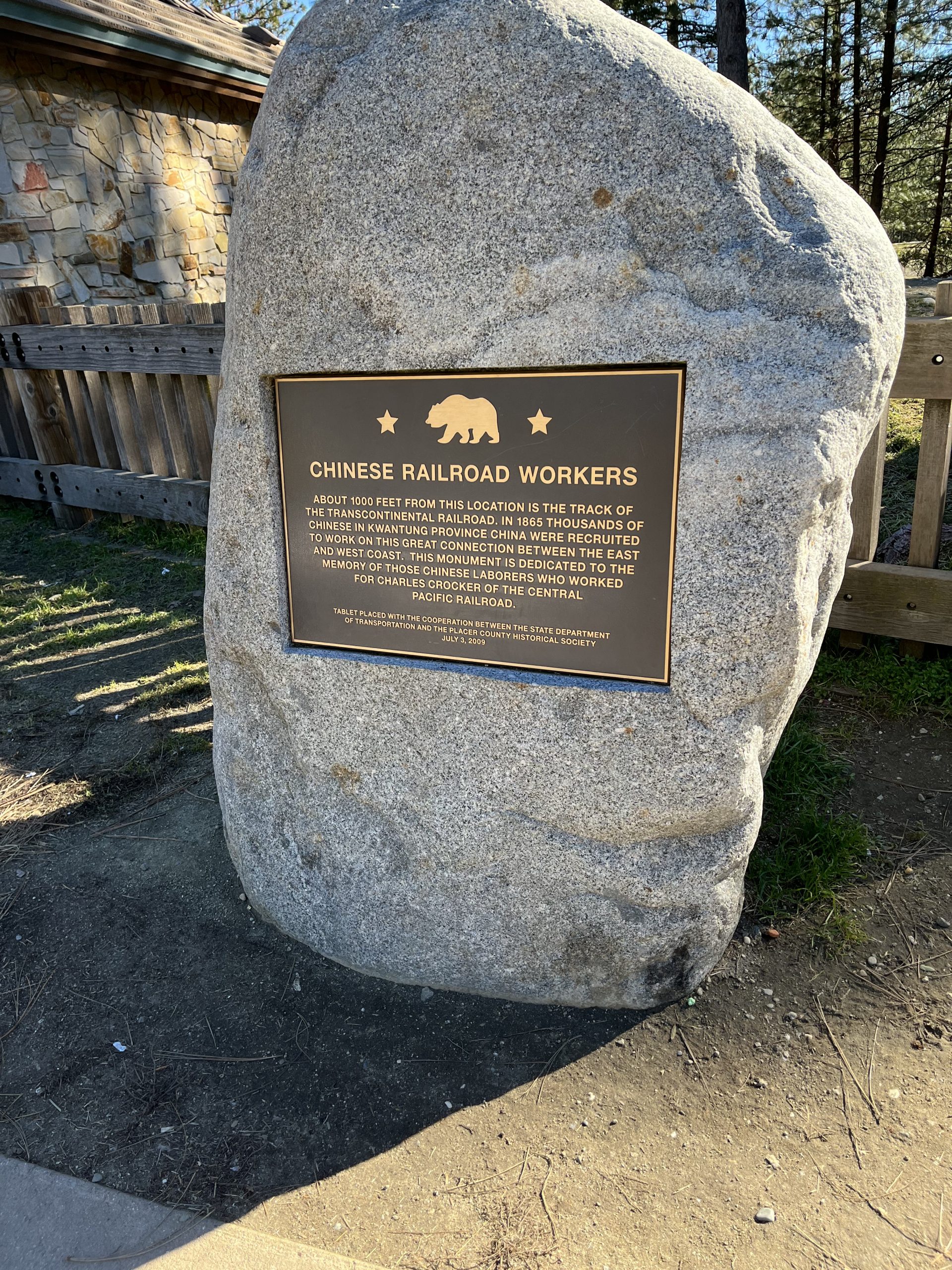 Can you imagine trying to do your job while hanging over the side of a steep mountain on a rope? Not only is the work incredibly strenuous, grueling & dangerous — carving out a flat railway through an impossible mountain pass — but you’re expected to do it while hanging from ropes, with only wooden or metal tools and your bare hands.

The railroad that finally snaked its way through the dramatic Sierra Nevada opened the west to development and communication. And most of the hard hand labor that made it possible was done by Chinese men. Later, after the west began to flourish, those same Chinese were denied the right to buy land in the US. (Chinese Exclusion Act) Which was just as horribly unfair as considering an enslaved black person to be worth 3/5 of a white person in congressional representation (3/5 clause). And just as legal, while both laws existed.

We’ve come a long way in terms of rights! Not so long ago, women (of any color) couldn’t vote, couldn’t buy a house, couldn’t have a credit card in their name (and that’s in my time, even though I’m not that terribly old!). Black people couldn’t sit at counters in white-owned restaurants. Chinese couldn’t own the land they lived on. But we still have a long way to go in terms of equality.

Here and there, across the country, one finds signs of progress — like this acknowledgment I discovered this week as I drove over the Sierra Nevada from Sacramento to Reno:

As I pulled up in the rest area at Donner Lake, where the plaque sits, and saw it in front of my car, my first thought was, “It’s about time!”

When are we going to realize that there’s only one race of humans on this planet? — the human race!

How many sub-sets of canines are there? Poodles and chihuahuas and setters and doberman pinschers and terriers…. But they’re all canines. Every feline knows this. Cats don’t just fear big dogs, or hairy dogs, or sleek dogs, or slobbery dogs… they know that all dogs are canines, canis lupus, equally to be avoided.

All people on this planet are humans. Homo sapiens. There’s only one race of us, and that race, like canines, comes with lots of different sub-sets, different shades and tints of colors, of textures, of hair types & nose types & body types….

All of us are the same genus and species, homo sapiens. So why do so many of us insist on dividing it up into sub-sets that we then look down on with hatred? Where does such hatred come from? Is hatred a Christian or moral value, something we want to teach our children?

Kudos for whoever put up that plaque at Donner Lake. And for everyone out there who believes in the worth of every human on the planet.